Water resources in the Republic of Serbia continue to suffer  in many aspects. Pollution of municipal and industrial waste water, construction in floodplains, intensive construction of small hydro power plants on mountain waters and in protected areas, remain the most serious threats. Certain developments in water resource management policies can be noticed, but these are still insufficient to grapple with negative phenomena in order to stop them and implement measures for the renewal and improvement of water resources. Particularly worrying is the continued lack of strong financial support for this area, which certainly requires serious investment. The integration of water resources preservation principles still does not work. Thus, very often, in large infrastructure investments, the need to protect water and water conservation measures are ignored in order to reduce the costs relative to construction of various facilities. There continues to be a worrying constant decline in the capacity of competent institutions, and there is no serious plan in sight which would stop this trend.

There are some more vigorous activities in the construction of water purification facilities, which is encouraging.  Furthermore, Implementation Plans for the four EU Water Directives have been prepared, and the hope remains that implementation of these plans will enable the strengthening of the entire sector both  in terms of personnel and finances.

One of the documents adopted in the previous period are the amendments on the Law on waters.[1]

The aforementioned amendments refer primarily to changes in the regulation of river basin land lease and water conditions issuance for the reconstruction and rehabilitation of traffic infrastructure facilities. Amendments to the lease of publicly owned water resources of the Republic of Serbia for placement of floating structures on the territory of Belgrade were entrusted to the city of Belgrade. In this way, the revenues generated by lease of river basin land are made available to the city of Belgrade. Revenues generated by the issuance of other river basin lands are part of the budget of public water management budgets. This decision does not clearly define in what way the City of Belgrade will spend the funds collected by leasing river basin land and whether it will be used for water management at all. Considering the number of floating structures in Belgrade, these revenues are certainly not negligible.

The second amendment to the Law refers to the abolition of the obligation to issue water conditions for the reconstruction projects of roads of the I and II class, railroads, gaps and bridges on them. With this change, the question remains as to how water conservation measures will be implemented and controled in such projects and how the existing infrastructure will be reconciled with the new requirements in terms of water protection. In the explanation, the reduction of investment costs justifies this change. Such an explanation certainly cannot be considered sufficient, bearing in mind all obligations Serbia has towards transposition and implementation of EU legislation in the field of water management and protection.

As far as the bylaws from the previous period are concerned, the Rulebook on Determining Melioration Areas and their Boundaries was adopted[2] according  to Article 28 of the Law on Waters. It has defined 13 melioration areas, where the water regime is regulated by hydromelioration systems for drainage and irrigation.

In October 2018, the Water Directorate of the Republic of Serbia informed the public that it had begun with the preparation of an Action Plan for the implementation of the Water Management Strategy, but no further information on the realization of this project is available.

In the previous period, there were no activities related to development of the Danube River Basin Management Plan of which the public was informed. In 2019, the Twinning project under the IPA entitled Consultations on Public Policy Planning is expected to be launched within the Water Resource Sector[3], which, among other things, should provide support over the course of the development of river basin plans. The total cost of this project is 1.5 million EUR.

In 2018, the following Directive Specific Implementation Plans were finalized: the Water Framework Directive, the Nitrates Directive, the Urban Wastewater Treatment Directive and the Drinking Water Directive. These plans will represent the grounds for negotiations of the Republic of Serbia in this area. CSO representatives also participated in the development of the Directive Specific Implementation Plans, but  since the Confidentiality Statement was signed, we are unable to comment on the content  details.

Previously identified problems in the implementation of planning and legal documents in the area of water management remain valid. There is no progress in the water sector in terms of building the capacity of competent institutions and organizations. Obviously, existing capacities, neither human and financial, are  sufficient to meet the requirements arising from EU water legislation.

With the adoption of the Plan for the Extraction of River Deposits between August 2017 and August 2019[4], the basis for improving sediment exploitation planning has been created. Unfortunately, the capacities for conducting control on site are still very modest, so there are still a lot of irregularities in terms of exploited quantities both in terms of the spatial and temporal scope of exploitation.The Environmental Protection Agency’s publication entitled  “Status of surface waters Serbia – Development of monitoring in the context of river basin management plans” was published last year.[5]  The Agency has shown progress in the implementation of monitoring through the preparation of this publication, all in accordance with the requirements of the Water Framework Directive (WFD)[6]. Apart from the status of surface waters, this publication sets out the basis for further monitoring of the biological and chemical quality of waters in Serbia. However, the financial resources and capacities necessary for the implementation of adequate monitoring in accordance with the WFD remain unresolved.

In the previous period, there were no significant changes or concrete actions of water management institutions in terms of the problems which occurred due to the construction of small hydropower plants on rivers in Serbia. The only process that is  currently underway is the development of a small hydroelectric station cadastre conducted through the same IPA project (EuropeAid /135623/IH/SER /RS). The Ministry of Mining and Energy is responsible for the implementation of this project, and a number of state institutions (including the environmental sector) are involved in its implementation. To the best of our knowledge, representatives of civil society organizations are not involved in this project. CSO representatives have to date requested information on several occasions and have requested this process to be of a transparent character and with the participation of the CSO. The Ministry of Mining and Energy has taken the stand that this is a process for which there is no need to involve the public and the non-governmental sector. Similar requests were sent to the European delegation in Serbia, but they also did not adequatly respond. The reaction of the Ministry of Mining and Energy is really problematic if we take into account the public’s concerns about the problem of building small hydroelectric power plants and the spread of protests against such projects. In addition, in November 2018, the Government of the Republic of Serbia passed a Decree amending the Decree on Incentive Measures for Electricity Generation from Energy Sources and High-Efficiency Cogeneration of Electricity and Heat[7]. Amendments to the Regulation extended the possibility for the incentive measures to be agreed on by the end of 2019 with an incentive period of 12 years. According to the available information, amendments to this Decree were made without any consultation and participation of the public, despite the fact that in the last few months there has been quite a lot of controversy in the media regarding this topic.

The only concrete reaction of the institutions to this problem has come from the Minisitry of Environmental Protection, which began with the initiative to amend the Law on Nature Protection[8]  to prohibit the construction of small hydropower plants in protected areas. Additionally, the Ministry of Environmental Protection in February 2018 withdrew its first decision on the procedure for granting consent to the Environmental Impact Assessment Study for SHPP “Pakleštica”[9] on the Visočica River after which, in April 2018, the Administrative Court in Belgrade annulled the decision of the Ministry upon the repetition of the proceedings. Afterwards, in November 2018, the Supreme Court of Cassation annulled the ruling of the Administrative Court in Belgrade and thus the Ministry’s decision became valid again. Also, the environmental protection inspection has halteded the construction of SHPP Rakita.[10]

One of the biggest problems is inadequate control of the construction and prevention of illegal construction in floodplains. One of the most famous cases is the right bank of the Sava River near Belgrade, the so-called Savski nasip.

Over the course of the last ten years, a large number of residential buildings have been built illegally and without permission, along the stretch from New Belgrade to the Ostružnica Bridge (it is estimated that there are about 300 buildings built there). All buildings are built in the floodplain (between the enbankment and the river), which is explicitly forbidden by the Law on waters, as well as by the Spatial Plan of the Republic of Serbia.[11] A large number of these have electricity connections, or are connected to an existing network of Renney wells. Some of them even use water directly from the Renney wells. An additional problem is that the owners use the existing asphalt road that goes up the embankment to access and construct their facilities. In this way, the stability of the embankments is endangered (although vehicles are prohibitted from moving along embankments by Article 133 of the Water Resources Law ).

In the immediate vicinity of the built facilities, there are 16 out of the 99 Belgrade Renney wells that provide the water supply for the city, so that illegally constructed buildings also pose a risk for the drinking water supply. Additionally, inhabitants of illegally constructed buildings destroy river vegetation, natural habitats and a number of protected species, occupy the enbankments and contribute to their erosion.

The total of budgetary allocations for water management are difficult to follow since they are realized through several budget lines and through several ministries (capital investments, co-financing of international projects, etc.), but there is a general consensus that they are still highly insufficient.

According to the Regulation on the establishment of the Water Management Program in 2018[12], RSD 3.3 billion were allocated from the Budget Fund for water, specifically for water management and use, protection of waters against pollution, watercourse regulation and protection against harmful effects of waters, and for planning and international cooperation when it comes to water resources. In 2019, RSD 3.9 billion[13] were allocated to  the same purpose. The largest part of these funds, amounting to about  RSD 2.9 billion (over 70% of the total budget), is directed to watercourse regulation and protection against harmful effects of water. Therefore, it can be argued that in the last few years there has been a slight increase in budgetary allocations for water management, but the issue of distribution of these funds and their direction towards protection and improvement of water quality still remains unresolved.

[6]  Directive of the European Parliament and of the Council 2000/60/EC establishing a framework for community action in the field of water policy.

[9] decision on repeating the procedure for granting consent to the Environmental Impact Assessment Study for SHPP “Paklestica” http://www.ekologija.gov.rs/resenje-o-ponavljanju-postupka-davanja-saglasnosti-na-studiju-o-proceni-uticaja-na-zivotnu-sredinu-projekta-izgradnje-male-hidroelektrane-mhe-paklestica/?lang=lat

[12] Regulation on the Establishment of Water Management Program in 2018, “Official Gazette of the Republic of Serbia”, No.13/2018.

[13] Regulation on the Establishment of Water Management Program in 2019, “Official Gazette of the Republic of Serbia”, No.12/2019. 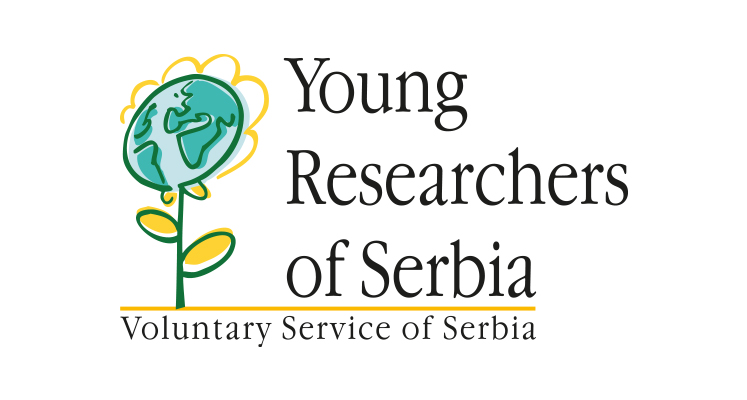